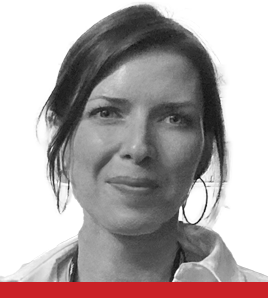 Growing up with a Fire Chief father, emergency response and developing policy to meet the needs of both patients and emergency workers was central to Andrea’s upbringing. While originally intending to work in emergency medicine, an internship opportunity at Sean “P. Diddy” Combs record label, Bad Boy Records in 2000 led to a 10-year career in NY and LA first in marketing, and then film and music video production. Being in NYC during 9/11 reaffirmed Andrea’s calling in medicine and a few years later, Andrea took a hiatus from her career and earned a BA in Biology at Columbia University. From there, she completed EMT and Paramedic training, an ADN in Nursing finding a clinical home in the Emergency Department, and then went on to complete her master’s degree at the University of Miami in Family Practice Nurse Practitioner with a Post-Masters Certification in Adult-Gerontology Acute Care Medicine, earning the Outstanding Leadership Award for her work setting up rural health clinics in Jamaica through UM’s hemispheric outreach program.

Andrea’s tenure at GRM began in 2019 as a volunteer becoming one of the first hired employees in 2020 as Director of Strategy, then Chief Strategy and Communications Officer, and now Deputy Executive Director. In her role, Andrea oversees organizational strategy and communications, the Rapid Response Team, academic training programs, and GRM’s medical director committee. While her career track might seem disparate, Andrea’s work in music and film honed solid skills in project management, problem-solving, and working with mixed teams for the realization of difficult tasks.