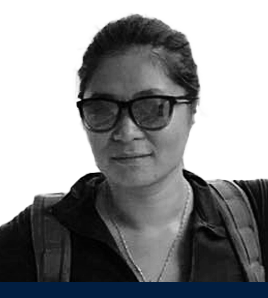 Coco (Ke) Tang is a Nationally Registered Paramedic who has worked globally since 2013. Over 70 countries later, Coco continues to respond to disasters, deliver humanitarian aid, and lead teams on medical missions. Her humanitarian work includes providing healthcare in Syrian refugee camps, innovating community outreach initiatives in Sierra Leone during Ebola, treating Rohingya displaced rohingya refugees in Bangladesh, training healthcare workers in Ghana and rescue workers in Myanmar, staffing remote mountain clinics in Nepalese villages, and conducting assessments in Ethiopia and the Democratic Republic of Congo. Coco has also provided medical support to numerous armed conflicts, including the anti-ISIS offensives in Iraq, the civil war in Syria, the war in Afghanistan, and the Russian-Ukrainian conflict.

When not practicing medicine or working for the army, Coco teaches BLS, TCCC, and AWLS, and enjoys being a hermit in the mountains with her dog. She holds an MBA and an MA in International Security, and also applies her education to the world of management consulting.