See all
Newsletter Back to
latest news
Newsletter 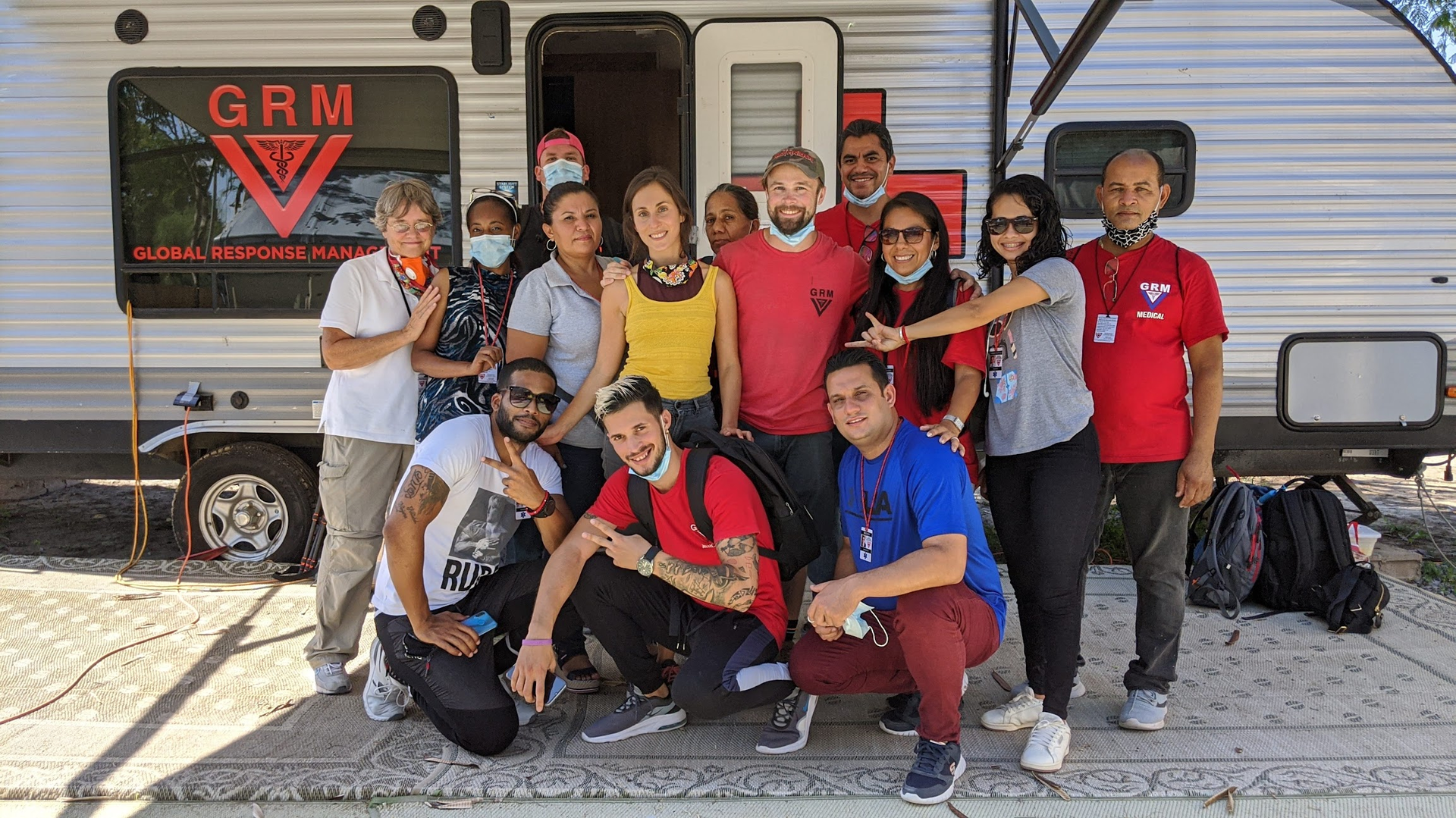 On October 12, 2019, GRM responded to what at the time we thought was an acute crisis on the U.S.-Mexico border that resulted in hundreds of families being stranded with no food, shelter, or medical care.

The Matamoros project was initially conceived as a short-term crisis response. The situation, as we soon learned, was really an acute manifestation of chronic problems that have existed for decades. On top of that, the pandemic, natural disasters, and worsening socio-political conditions in home countries meant that the need for aid remained at a dire level.

A lot of GRM’s work is determining the where, when, and how of resource allocation. While our footprint is large thanks to our volunteer and donor community, we are still a small organization, committed to remaining agile in order to maintain a response that is targeted and impactful. We are constantly reviewing that impact, and this month we have shifted gears on our longest running project – Matamoros, Mexico.

In Matamoros, we evolved from treating people out of our backpacks on the sidewalk to operating simultaneous freestanding clinics and mobile medical teams. What started with just 7 volunteers over a long weekend grew to more than 24 permanent team members at its height and saw over 150 different volunteers over the history of the project.

Over the last several months, we have seen a steady and significant decline in the number of patients seeking medical care at our clinic. This has reflected a corresponding decline in the migrant and asylum-seeking population of the city. The reality is that Matamoros is no longer the epicenter of the asylum crisis in the region. That distinction now belongs to Reynosa, where GRM operates multiple clinics, 5 days per week, serving thousands of displaced people seeking entrance to the U.S. who live in informal camps, overcrowded shelters, or on the street.

In light of this reality, we have decided that it is time for our project in Matamoros to come to an end, and are focusing our resources and efforts in our Reynosa and Tapachula clinics, where they can be best utilized to meet the needs of the vulnerable migrant and asylum-seeking population.

We are grateful to everyone who has been a part of our Matamoros family and contributed to changing the lives of more than 12,000 patients over the last three years. 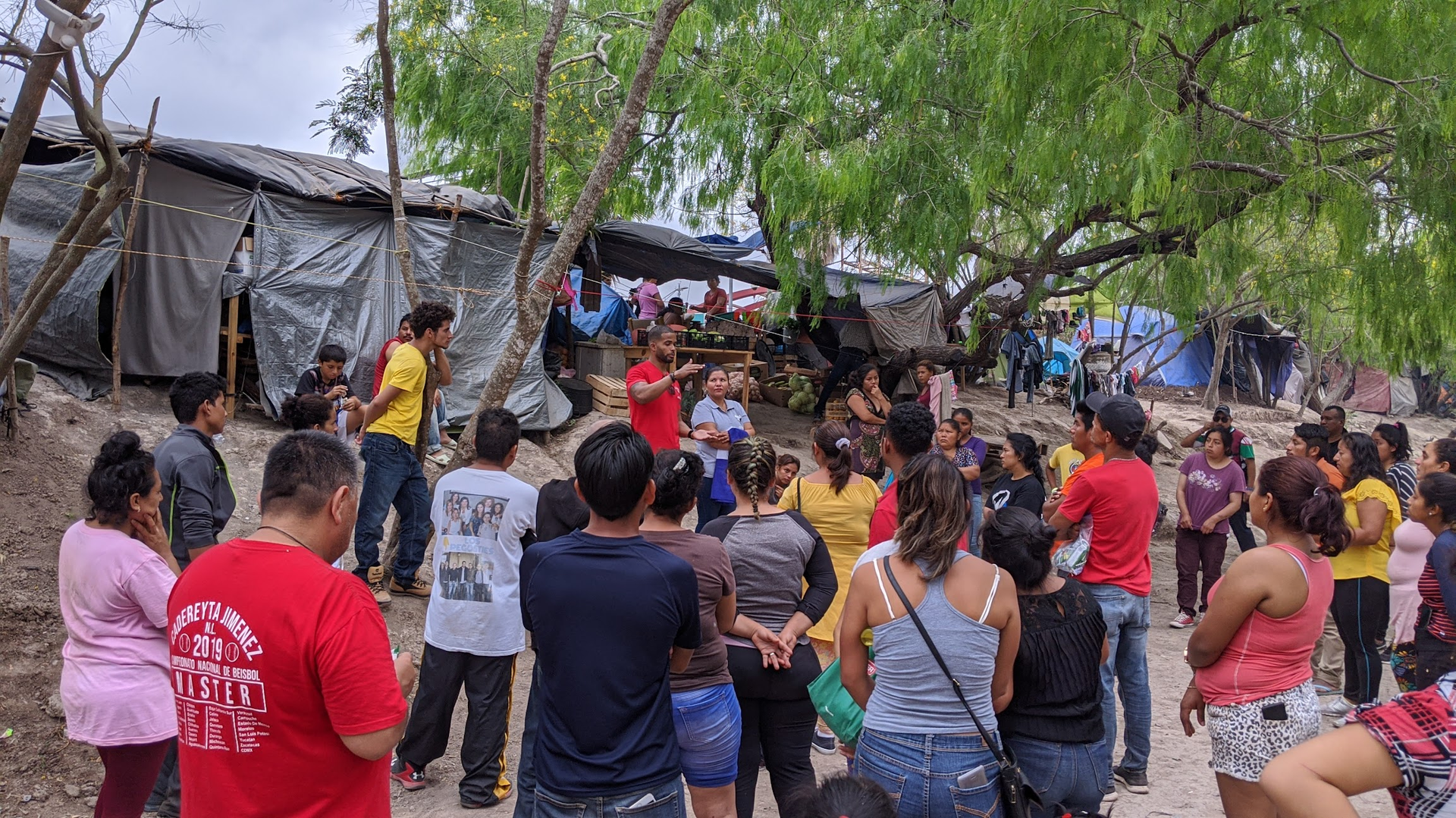 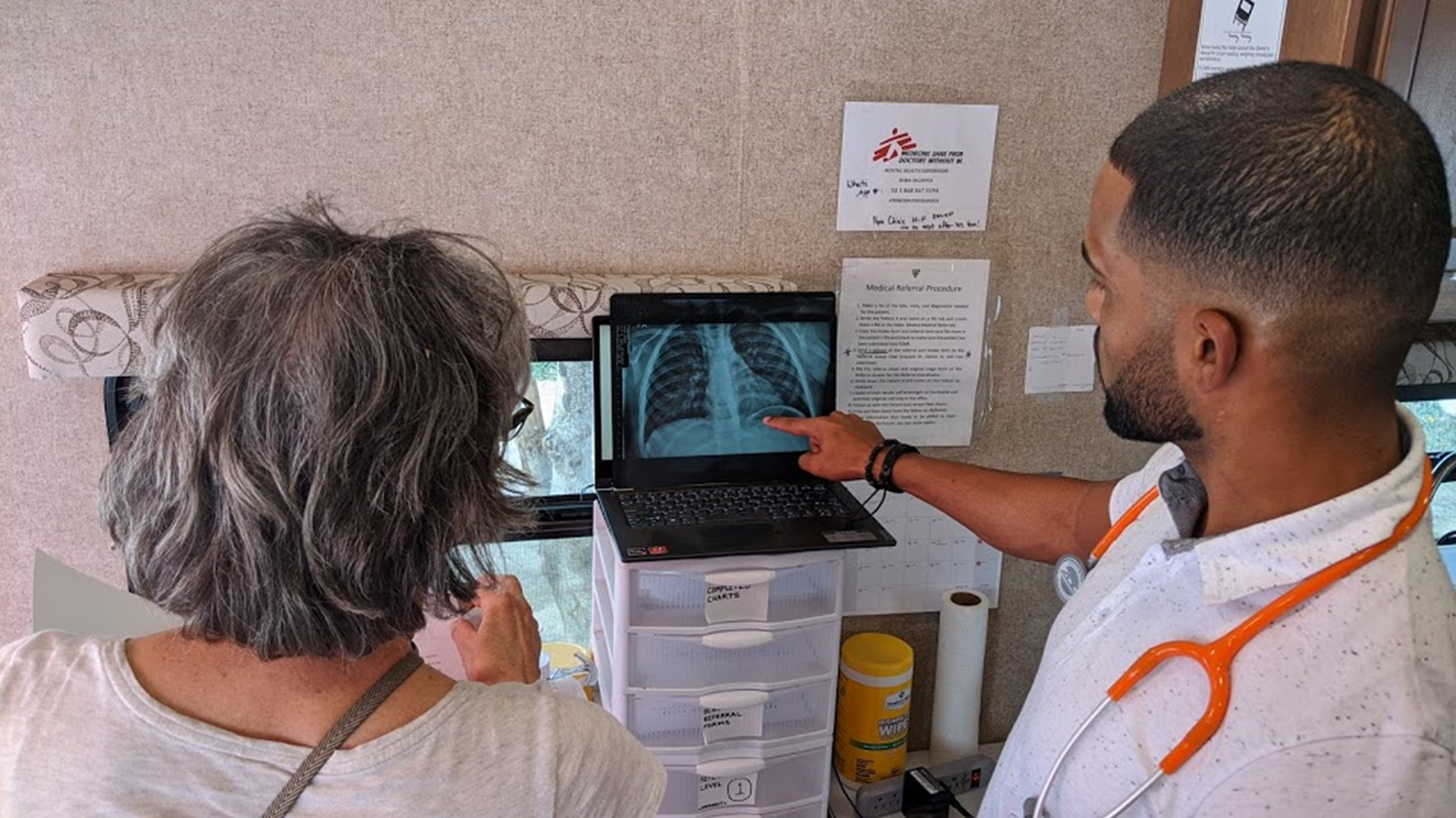 Above: Dr. Dairon Elisondo Rojas, a Critical Care Physician originally from Cuba, who worked as a
physician in our Matamoros clinic while awaiting his own asylum trial. 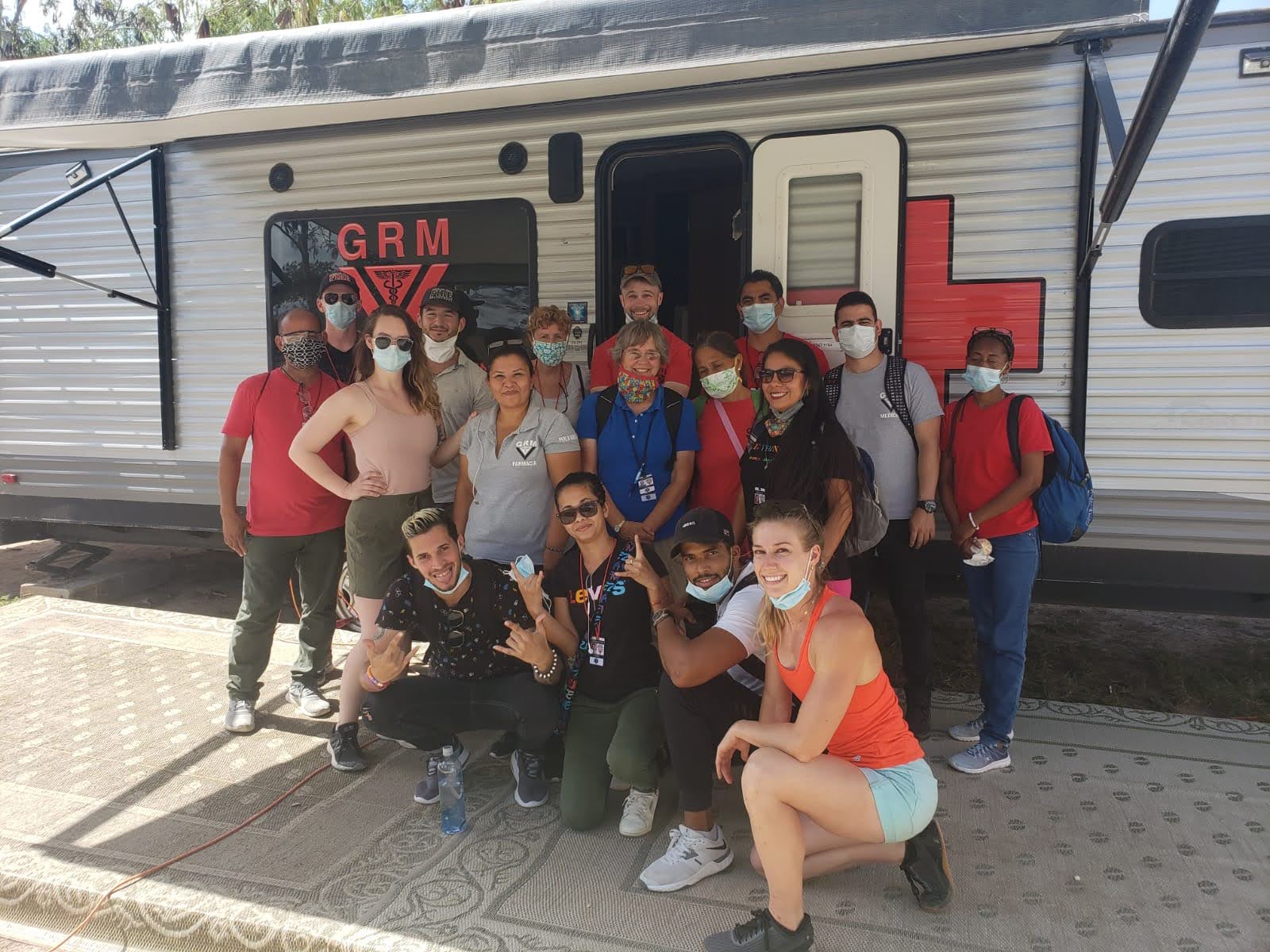 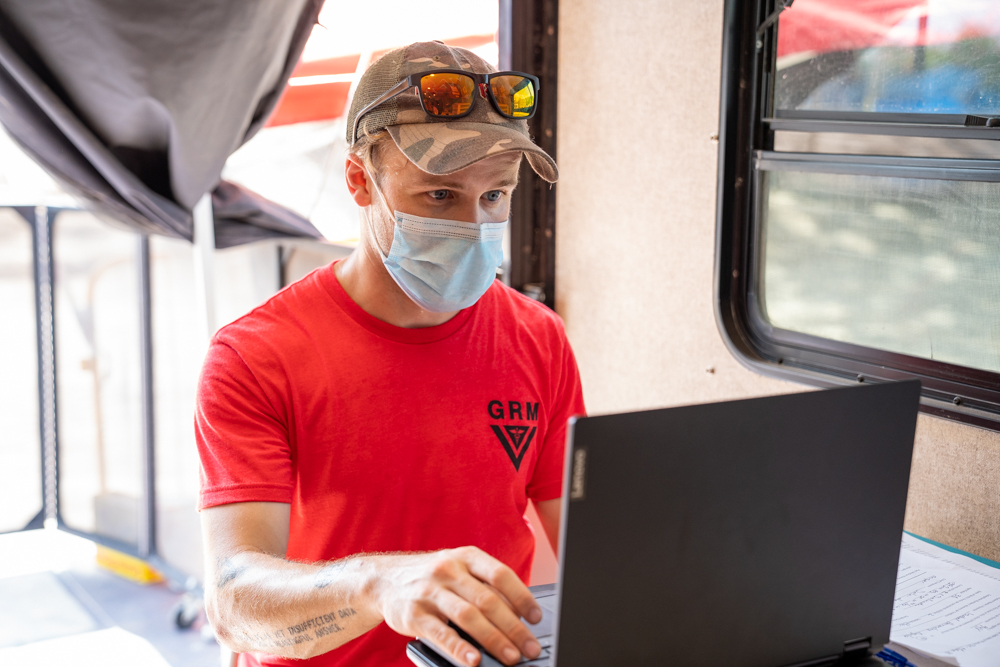 Above 1: Several of GRM’s wonderful local team during the early days of clinic work in the camp.

Above 2: Sam Bishop was GRM’s first Project Manager for the Matamoros Clinic from 2019 to 2021. In 2021, he was promoted to GRM’s Mexico Country Director, and is responsible for all of GRM’s operations in Mexico, to include both clinics in Reynosa and Tapachula. 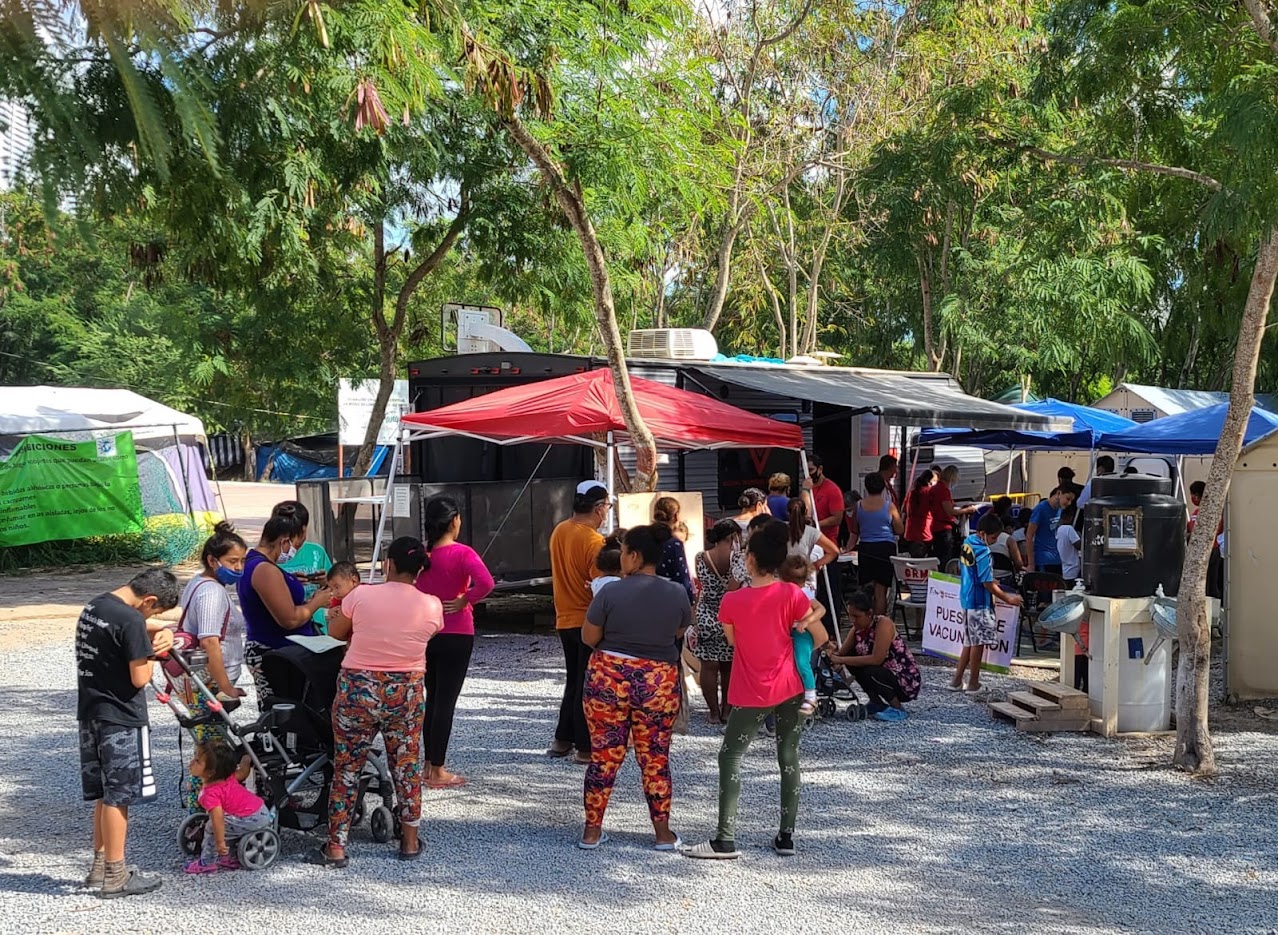 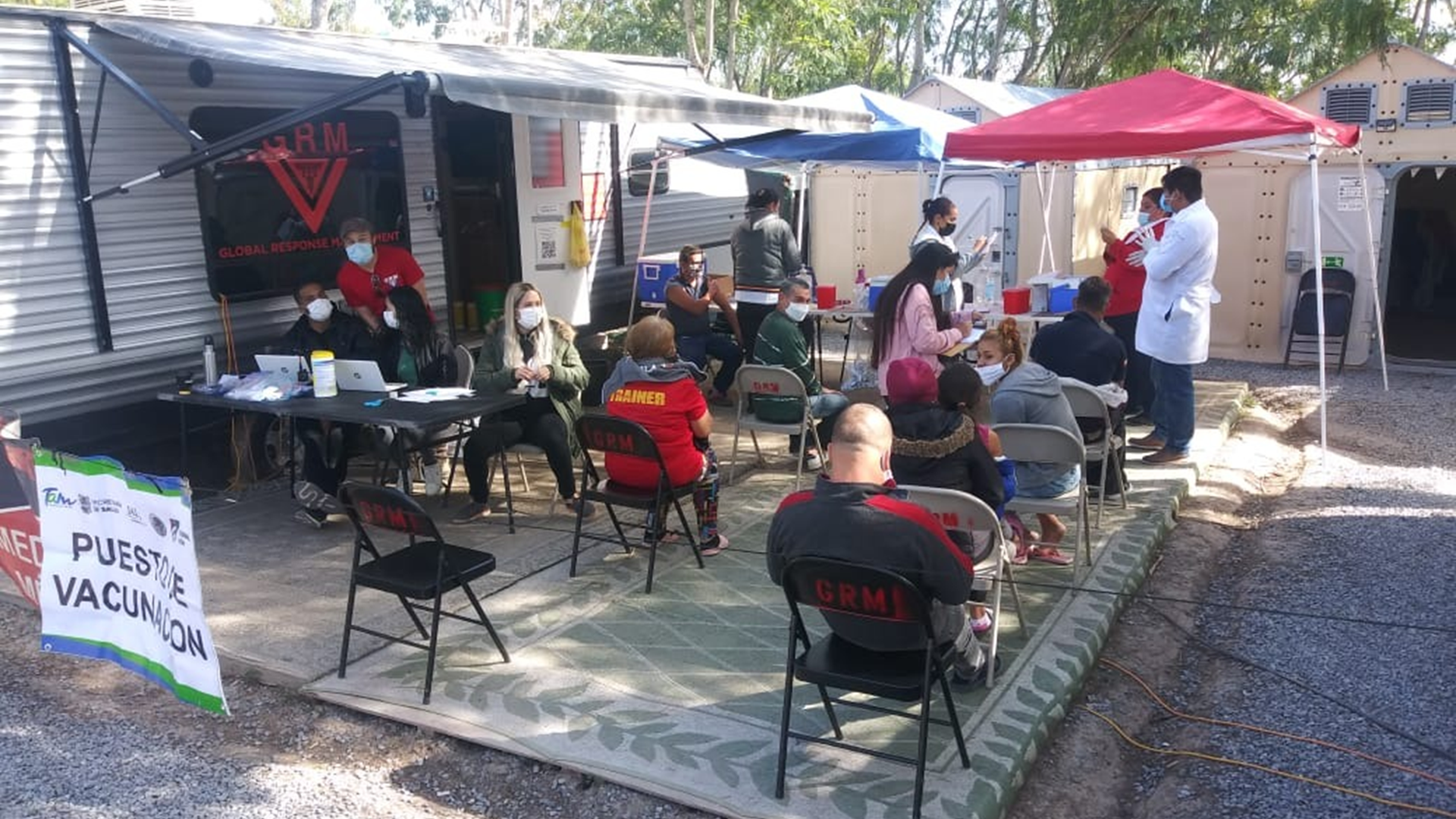 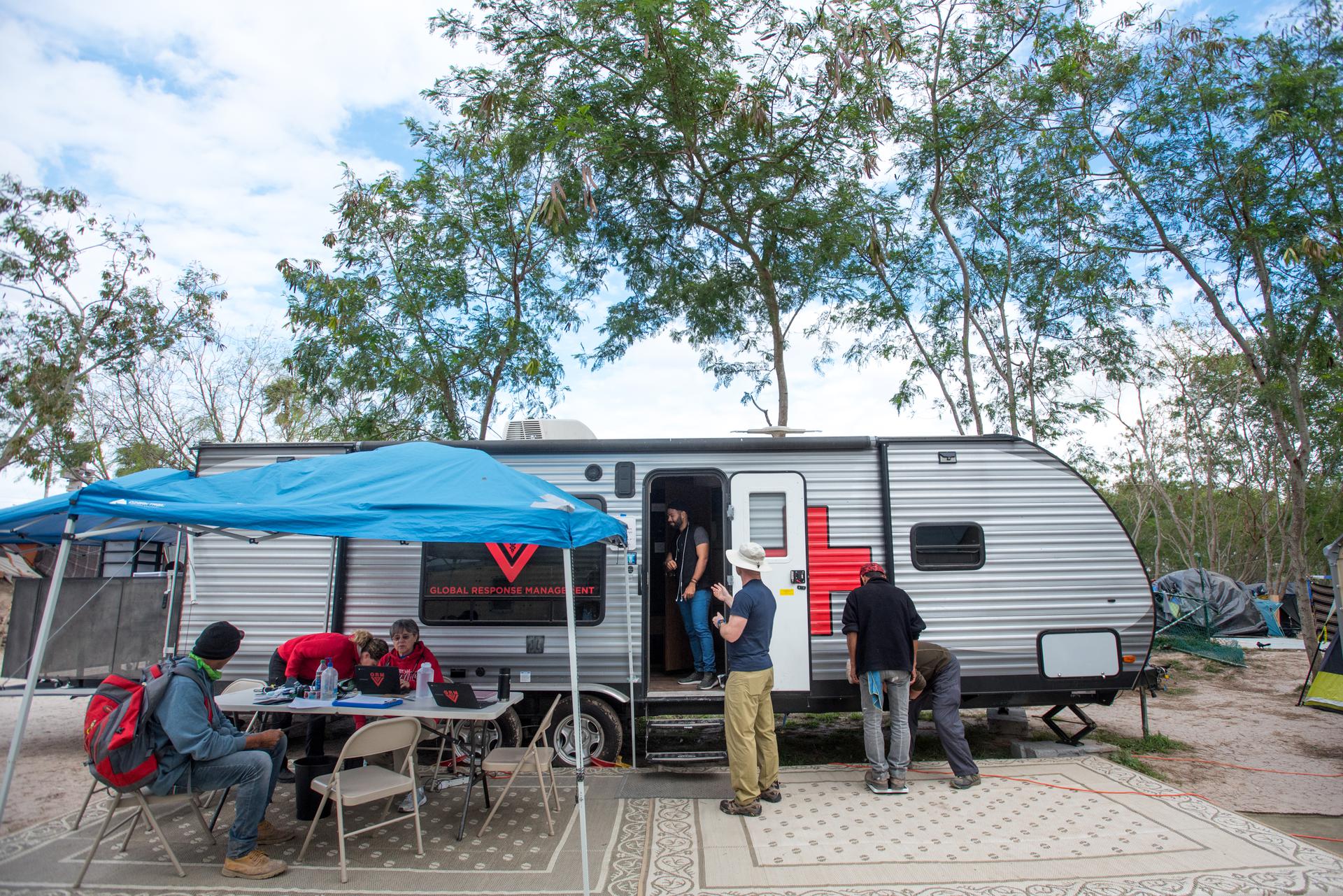 Above: GRM’s Mobile Clinic, where staff and volunteers treated patients when the asylum-seekers’ encampment still existed. 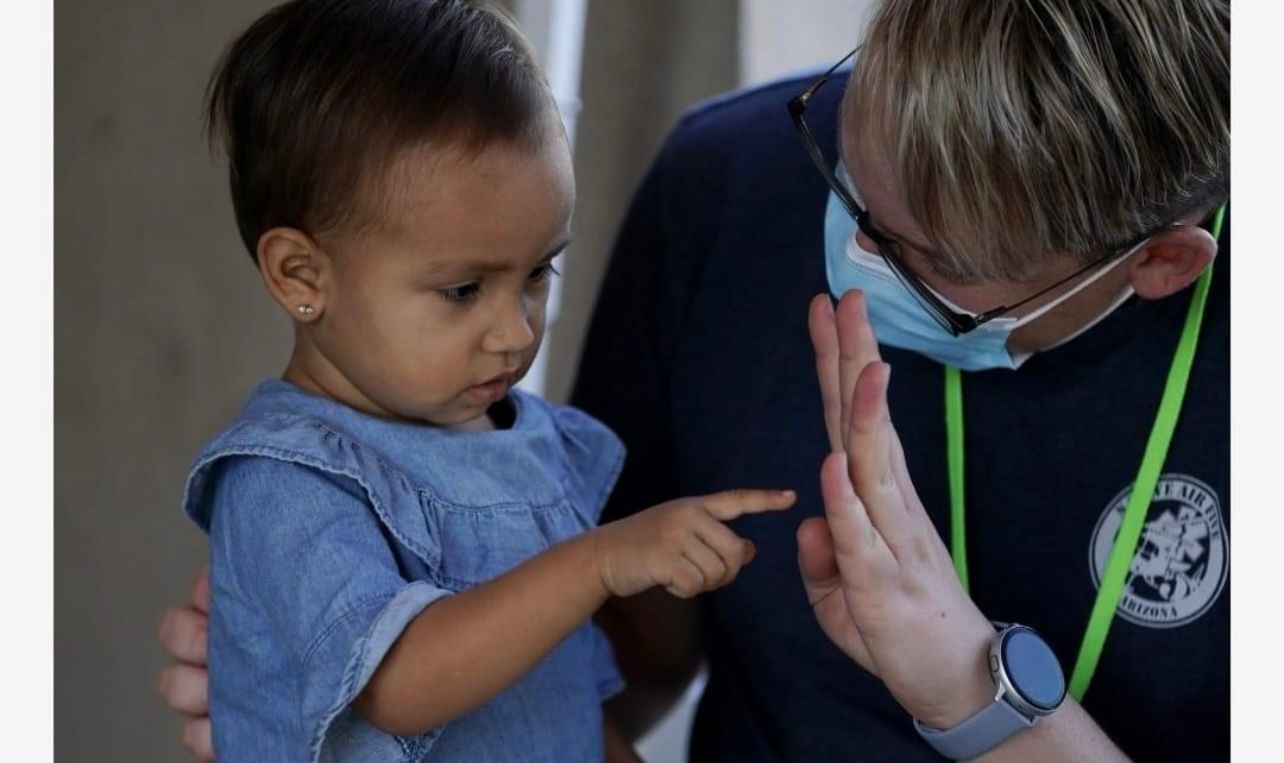 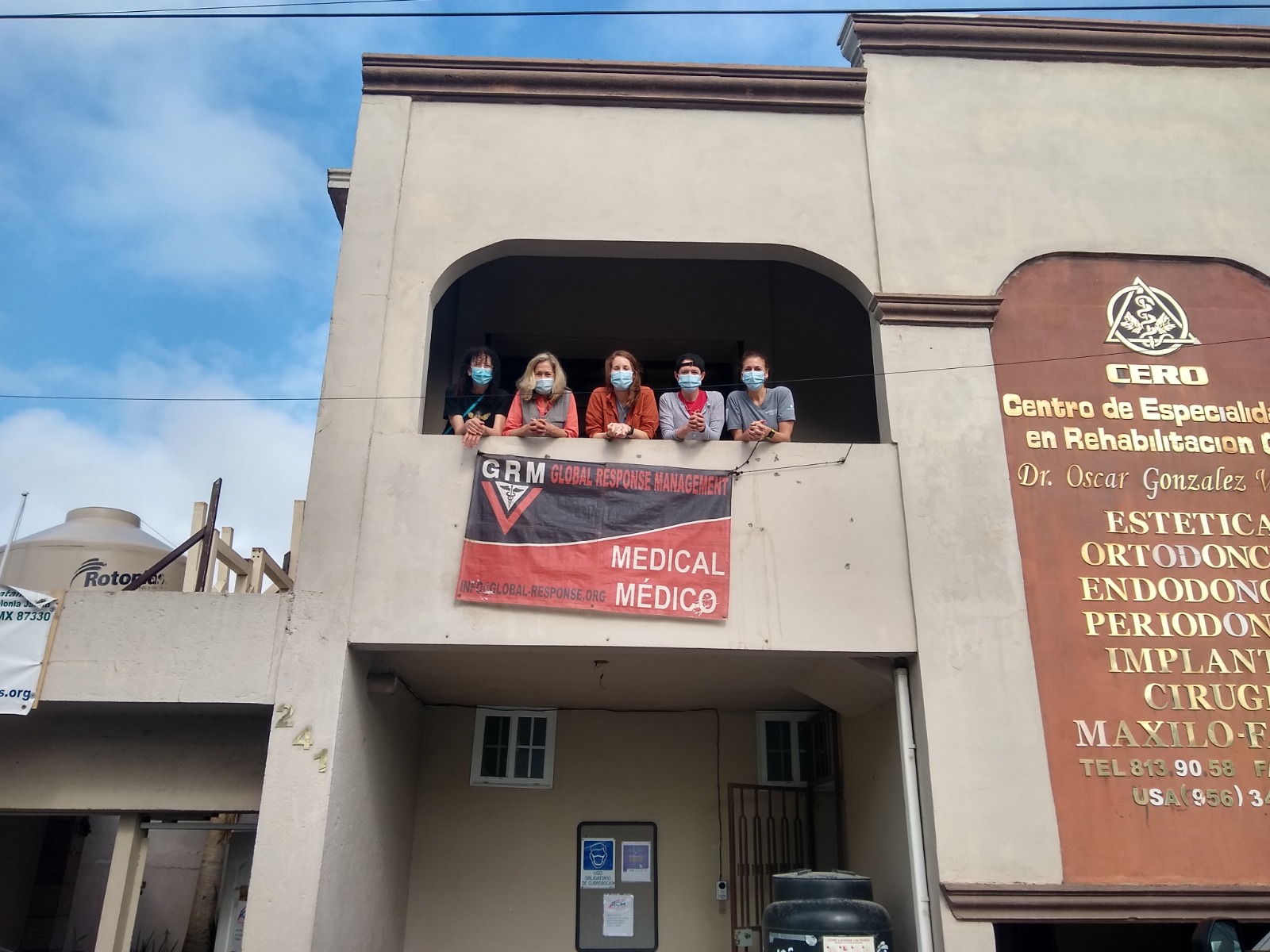 Above 1: Mark McDonald, GRM’s Matamoros Project Manager from 2021 to 2022. In 2022, Mark was promoted to GRM’s Director of Strategic and Operational Integration.

Above 2: In 2021, GRM moved its Matamoros operations full time into what was originally the Resource Center Matamoros. Several of our partners at MGH are seen here on the clinic’s balcony. 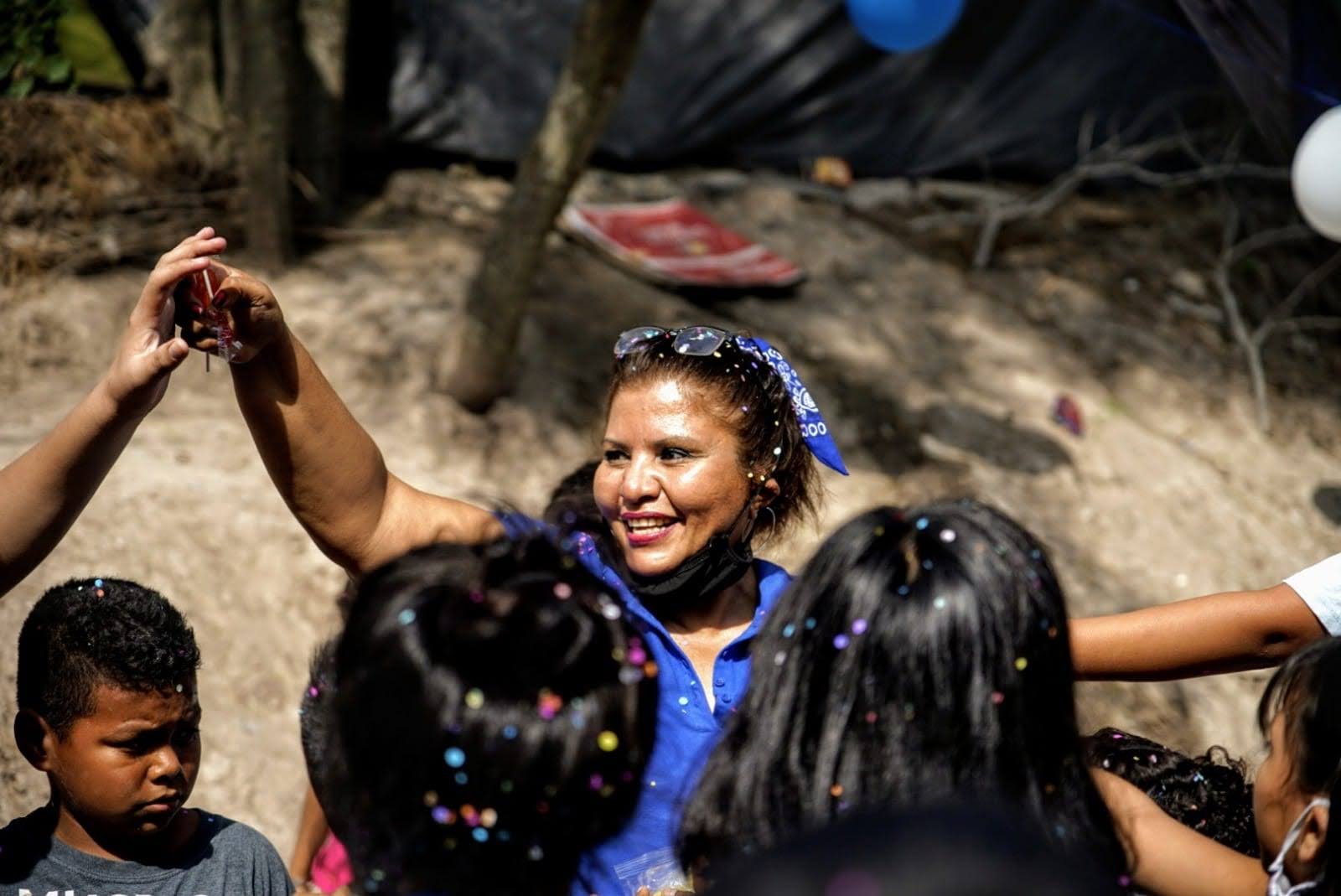 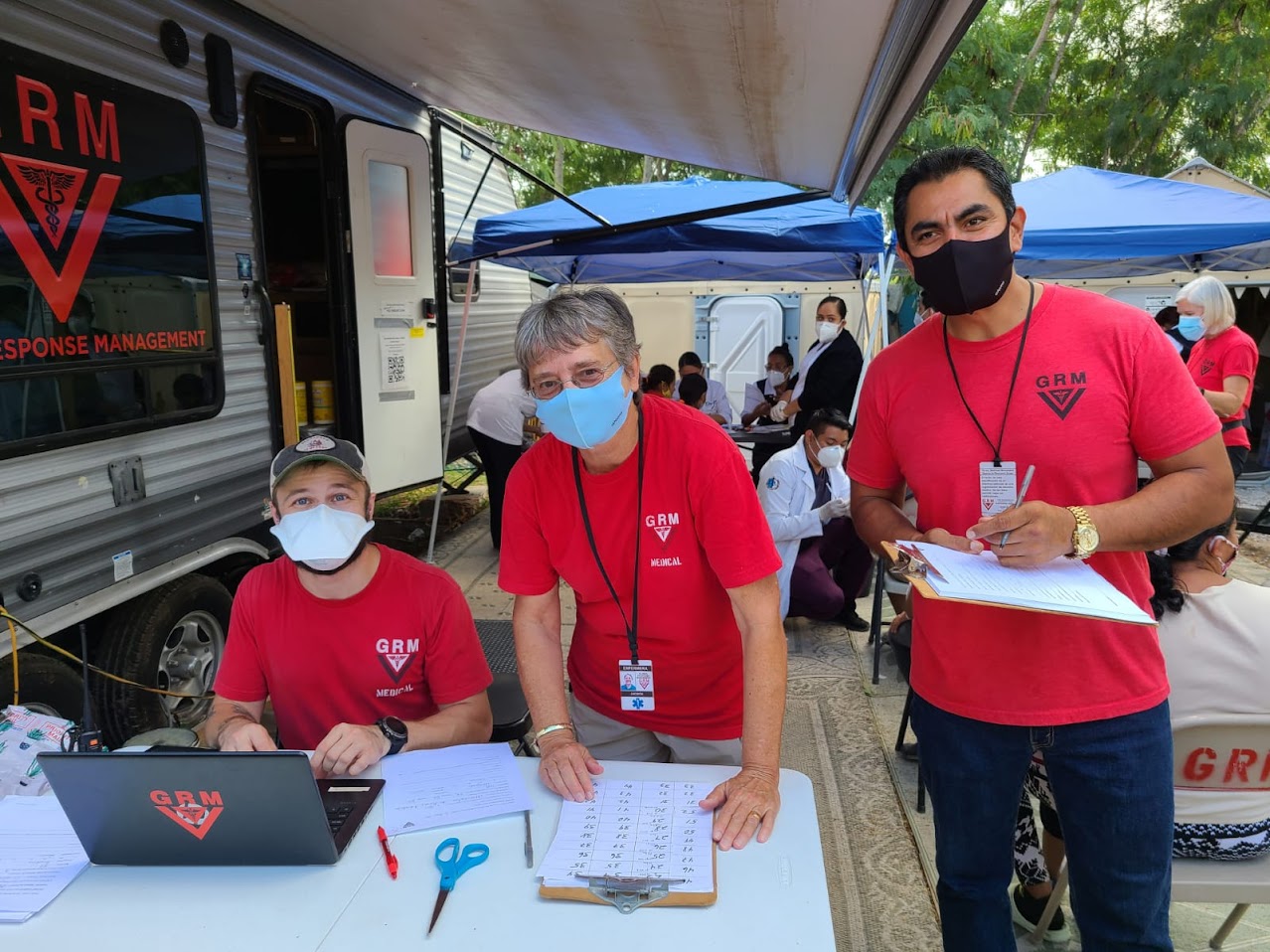 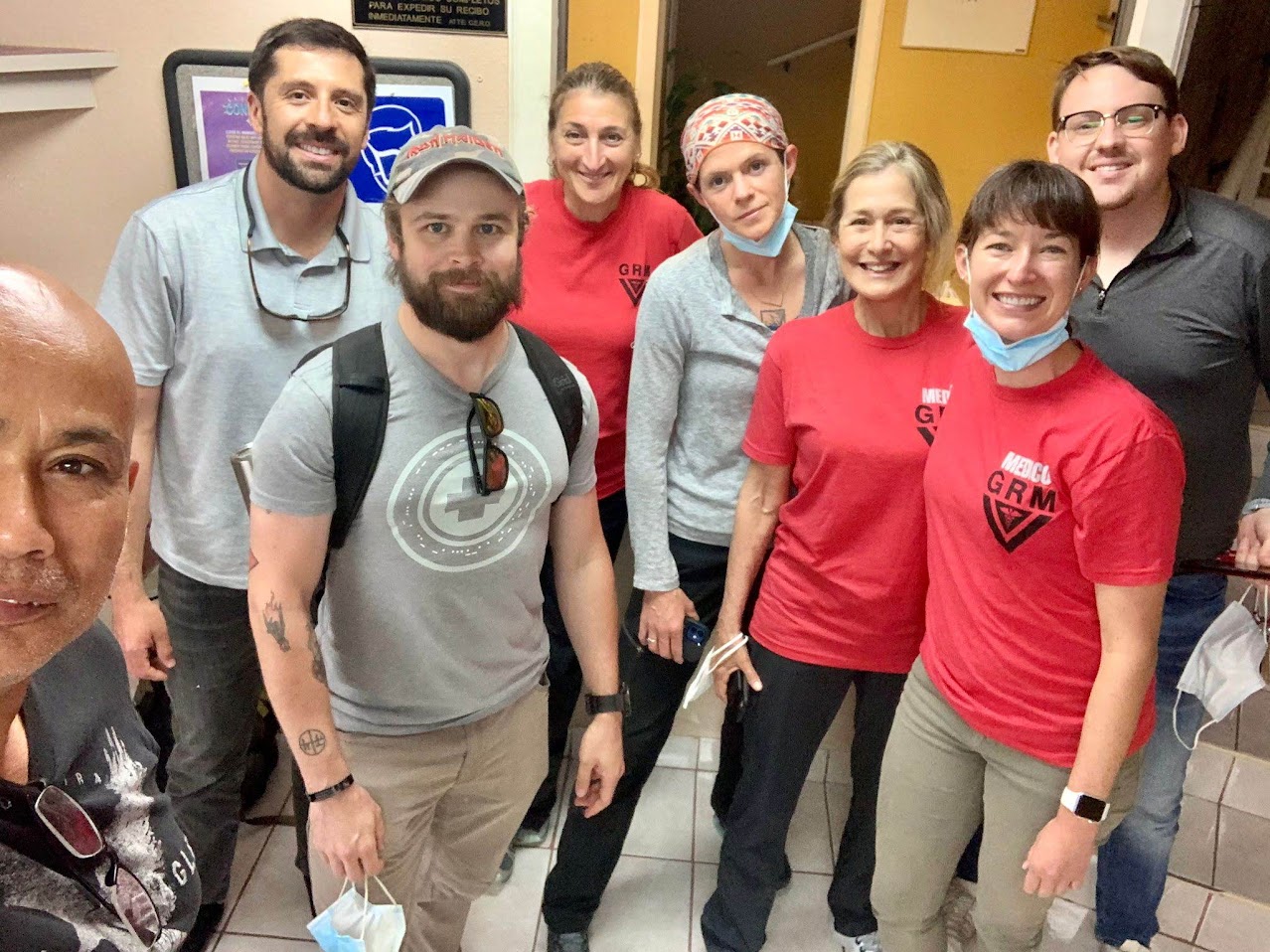 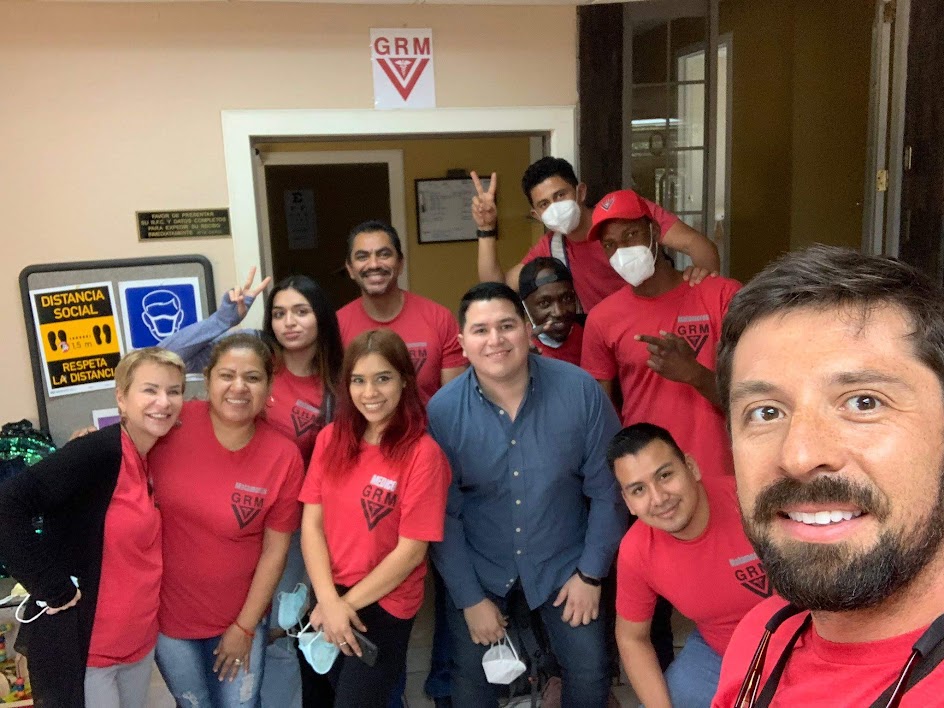 Above: Group pictures with more of GRM’s incredible staff, volunteers, partners and local team members who worked tirelessly in Matamoros over the years.